Below are an explanation of commonly used terms is Assisted Reproductive Technology.

Acrosome
A small ‘cap’ on the sperm head.

Acrosome Reaction
The loss of the acrosome that is necessary for successful fertilisation. Normally only about 10% of sperm undergo an acrosome reaction.

AMH
Anti-Müllerian Hormone, which is produced by follicles in the ovaries which contain eggs. AMH declines with age and falling egg numbers, and is absent with the onset of menopause.

Andrology
The medical specialty that deals with male reproductive health. It is often dealt with by both Reproductive and Urology specialists.

Anovulation
The absence of ovulation. (A period may still occur.)

Antibody
In infertility, a compound in the blood, mucus or semen which interferes with normal sperm function.

Anti-sperm Antibodies
They are produced in an auto-immune response to semen and can affect sperm function. This can reduce the chance of fertilization and prevent pregnancy.

Azoospermia
The absence of sperm in seminal fluid.

Biochemical Pregnancy
A positive hCG blood test with no evidence of a gestational sac or clinical pregnancy at Ultrasound.

Blastocyst
A term describing a stage in embryonic growth which an embryo reaches five or six days from fertilisation.

Catheter
A fine tube for the transfer of eggs, sperm or embryos into the woman’s uterus.

Cervix
The lower part of the uterus that connects with the vagina.

Cleavage Stage Embryo
Is a Day 2 or three embryo.  Embryos may be transferred at this stage of development.

Clinical Pregnancy
Presence of a gestational sac at Ultrasound.

Clinical Pregnancy – Viable
Presence of a foetal heartbeat at Ultrasound.

Cryopreservation
The process by which embryos, eggs or sperm are frozen.

Donor Egg (Oocyte)
Eggs taken from one woman and donated to another.

Ectopic Pregnancy
A pregnancy in which the embryo implants anywhere but in the uterine cavity, usually in the fallopian tubes, or rarely the ovary or the abdominal cavity.

Ejaculate
Semen ejected from the penis.

Embryology
The scientific study of the development of the embryo, from the fertilisation of the ovum to a fully developed foetus.

Embryo Transfer (ET)
The placement of fresh embryos into the uterus using a fine catheter.

Endometriosis
A disease of the female reproductive system in which the cells that normally line the uterus (Endometrium) grow outside the uterus. These cells cause bleeding in the pelvis during menstruation, which can cause pain, bladder and bowel symptoms, and infertility and miscarriage.

Endometrium
The lining of the uterus which grows and is shed each ovulatory cycle (A period).

Epididymis
A special duct at the back of the testis for the storage of sperm as they mature.

Fallopian Tubes
Tubes that carry the egg from the ovary into the uterus. (In normal conception Fertilisation occurs in the outer end of the tube.)

Fertilisation
The penetration of the egg by the sperm.

Fertility
Fertility is the ability of people or animals to produce healthy offspring.

Fertility Preservation
The process of saving or protecting eggs, sperm, or reproductive tissue so that a person can use them to have biological children in the future.

Fresh Embryo Transfer
A procedure in which an egg is harvested during ovulation and fertilised in the laboratory, before being reinserted in the same menstrual cycle, and is done as part of a standard IVF or ICSI cycle.

Frozen Embryo Transfer (FET)
The placement of embryos, which have been frozen and subsequently warmed, into the uterus using a fine catheter.

Fibroids
A benign tumour of fibrous tissue that may occur in the uterine wall. Fibroids can be totally without symptoms or may cause abnormal menstrual patterns. They rarely cause infertility.

Foetus
The developing human after embryo stage from the ninth week of pregnancy to birth.

Follicle
The cells surrounding a developing egg in the ovary.

Follicle Stimulating Hormone (FSH)
A hormone naturally produced by the pituitary gland which is essential for the growth of ovarian follicles in the woman and sperm production in the man.

Follicular Phase
The first half of the menstrual cycle when ovarian follicular development occurs.

Gamete
The male or female reproductive cells, the sperm or the egg.

Gonad
The term gonads refers to the ovaries in females and testes in males.

Gonadotrophin
A hormone that is capable of stimulating the testicles or ovaries to produce sperm or egg respectively.

Hormone
A chemical produced by an endocrine gland in the body that circulates in the blood and has widespread action throughout the body.

Hormone Assay
The measurement of hormones present in the blood.

HSG
Hysterosalpingogram.  A radiological procedure where radio-opaque dye is injected into the uterus and then an X-ray taken to see if the Fallopian tubes are open.

Hysteroscopy
A procedure done under anaesthetic whereby the inside of the uterus is examined with a scope, and any abnormality can be treated. It is usually done at the same time as laparoscopy.

Implantation
The embedding of an embryo in the endometrium of the uterus.

Infertility
The inability to conceive or carry a baby to term after twelve months of regular unprotected intercourse. Any condition relating to male or female reproductive health that interferes with or prevents pregnancy.

Intracytoplasmic Sperm Injection (ICSI)
This term refers to the direct injection of a single sperm into the cytoplasm of the egg.

Intrauterine Insemination (IUI)
An artificial insemination procedure in which washed, concentrated sperm is injected directly into the uterus via the vagina and is used to treat mild male factor infertility or unexplained infertility.

Karyomapping
A technique that allows couples – known to be carriers of an inherited condition – to avoid passing on that disorder on to their offspring.

Laparoscopy
A procedure used to examine and operate on the interior of the abdomen and/or pelvic cavity.

Luteal Phase
The days of a menstrual cycle following ovulation up to menstruation.

Luteinising Hormone (LH)
A hormone secreted by the anterior lobe of the pituitary. Its main function is to mature and release the egg (LH surge – this triggers ovulation).

Male Factor
When the male sperm is below recognised normal parameters

Microinjection
The direct injection of a sperm into the egg to produce fertilisation. (This technique is also called ICSI, which stands for Intracytoplasmic Sperm Injection where the term “cytoplasm” refers to the substance of the egg.)

Next Generation Sequencing (NGS)
The NGS Technique can sort the sequence of DNA base to check the number and structure of chromosomes.

Oestrogen
A hormone produced by the ovary in increasing amounts prior to ovulation.

Oligospermia
An abnormally low number of sperm in the seminal fluid.

Ovary
Ovaries are part of the female reproductive system. Normally, a female will have two ovaries, each performing two major functions: producing eggs, or (exocrine function) and secreting hormones, or (endocrine function).

Ovulation
The release of a mature egg from the ovary.

Ovulatory Dysfunction
The term that describes any abnormality of the menstrual cycle and ovulation.

Ovulation Induction (OI)
The use of medication to promote ovulation in women who normally do not ovulate.

Phlebotomy
The process of taking blood through a needle in the vein, for the purpose of blood testing.

Pituitary
A gland located at the base of the human brain that secretes a number of important hormones related to normal growth, development and reproduction.

Pre Implantation Genetic Diagnosis (PGD)
A scientific technique which can be used to test embryos for either a specific known genetic condition or chromosome abnormality.

Pre Implantation Genetic Screening (PGS)
A technique that screens all chromosomes of an embryo.

Progesterone
Hormone produced by corpus luteum after ovulation and the placenta during pregnancy. Progesterone is important for its role in preparing the lining of the womb for implantation of the fertilised egg.

Semen Analysis
The assessment of certain features of a man’s semen to find issues that affect fertility.

Single Nucleotide Polymorphisms, (SNP’ s)
The most common type of genetic variation among people. Each SNP represents a difference in a single DNA building block, called a nucleotide.

Testicle
The male sex gland that produces testosterone and sperm.

Testicular Biopsy
The removal of testicular tissue from men with very poor sperm production and the isolation of sperm for ICSI.

Trans-vaginal Oocyte Retrieval (TVOR)
Sometimes referred to as TVOA, is the collection of a woman’s eggs which are subsequently to be used in fertility procedures.  such as in Fertility Preservation, IVF and ICSI.

Ultrasound
A sound wave used in detecting and measuring objects, and is used extensively in medical imaging. Ultrasound examinations for fertility can be used to see the ovaries, uterus and pelvic structures in high detail.

Unexplained infertility
A fertility diagnosis made when all the investigations looking into reasons for infertility have been completed and are found to be normal. It represents the diagnosis found in about 30% to 40% of affected couples.

Vaginal Ultrasound
Technique used to visualise the female reproductive system. This ultrasound can detect the presence of cysts and other problems, follicles or pregnancy.

Vitrification
Freezing of embryos for storage for use in the future

Zona Pellucida
The outer protective shell of the egg

Our Fertility specialists are happy to discuss any concerns or queries that you may have. You can contact us on +66(0)2-251-8666 or fill in your details in the form below and submit. 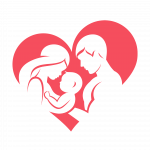